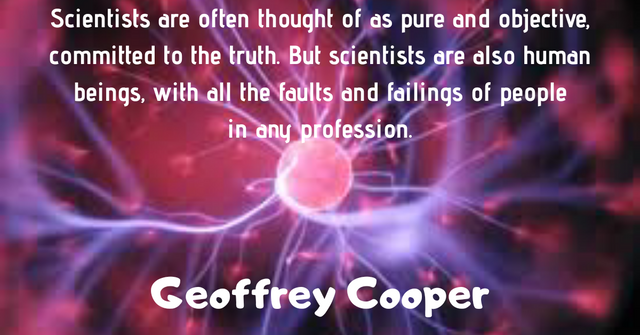 1. What was the journey like from cancer researcher to author?

It was a major learning experience! I’d written textbooks (which is not something that most researchers do) and had always wanted to write a novel. So, once I started easing into retirement, I gave it a try. I didn’t have any idea if I’d enjoy it or if I’d ever wind up with a completed book, but it turned out that I enjoyed the writing immensely. When I finished what I thought was a solid draft, I gave it to a few friends to read. They were encouraging, so I decided that I may as well see what someone in the profession thought. I joined a writer’s organization, attended meetings, and found an editor through them—which was where the learning experience really started. I discovered that I had to rethink my style of writing entirely to deal with issues like point of view, pace, and so forth. So I went through a lot of revision and then began the search for a publishing outlet. Which was another rocky part of the journey, but one that has proven highly gratifying. Especially when I hear from readers who have enjoyed my books!

2. Which authors have inspired you most in your writing?

My all time favorite is Robert Parker, who’s been an enormous inspiration in terms of plot and characters. Also Robin Cook, in terms of the medical thriller genre.

3. How do you get the ideas for your books?

Both of my published books, The Prize and Nondisclosure, are based on my experiences as a researcher and scientific administrator in the positions of department chair and dean. Scientists are often thought of as pure and objective, committed to the truth. But scientists are also human beings, with all the faults and failings of people in any profession. My books deal with the dark side of science, and explore situations in which ambition and self-interest lead to dire consequences.

4. Let's talk about your first novel The Prize. The book follows those researching Alzheimer's. Being a researcher yourself, is any of this based on true events?

Everything in The Prize is fictional, but much of it is derived from real life. In particular, all of the research activities, institutional politics, jockeying for recognition and awards, and various sorts of manipulative behavior have a very real basis. The murder does not—as far as I know.

5. The characters are realistic - and maddening. How did you inject so much love into them?

I’m glad the characters grabbed you. I think the reason they’re realistic is that—although none of them represent any particular individual—they’re based on composites and characteristics of very real scientists I’ve known. Some, but regrettably not all, have their quotient of love.

6. Was there a specific takeaway you wanted for your readers?

Beyond enjoying the book, I hope readers come away with a sense of science as a human endeavor, rather than a sterile pursuit.

7. What surprised you the most about the writing process?

The biggest surprise for me was the amount of revision needed to get my initial draft into a readable work of fiction.

8. It looks like you have a second book that was released in July. Can you tell us a bit about that?

Yes, Nondisclosure was released July 15. Like The Prize, it’s set in the world of medical research and deals with a type of misbehavior that’s sadly common—namely, sexual harassment. When a leading professor accuses a colleague of drugging and sexually assaulting a student, department chair Brad Parker and university detective Karen Richmond join forces to investigate. Their efforts are stymied when the victim can’t remember what happened-and then, when her memory begins to return, she’s murdered. The conclusion seems obvious, but in the absence of forensic evidence the police hit a stone wall. Until Brad and Karen’s inquiries take an unexpected turn that threatens their own lives and exposes a cover-up at the highest levels of the university.

How about a few fun questions.

9. What's on your bedside table?

From my experience as a professor, I’ve always liked this one, which has been attributed to Mark Twain. " College is a place where a professor’s lecture notes go straight to the students’ lecture notes, without passing through the brains of either."

Eggs! When I was a postdoc, I worked with chick embryos. Can’t bear the thought of eating an egg after that.

12. If you had to flee the country where would you choose to live?

I’d head to Denmark, based on its reputation and history of being socially progressive.
A book is a dream you hold in your hands.
—Neil Gaiman
Latest Review: Blue Zeus by Carol J. Walker
Top

Geoffrey sounds like an author not a scientist. The novel's sound intriguing. Medical novels were never a thought till I read a Michael Moore novel.
Will definitely be looking forward to reading these.
Top I love that Mark Twain quote (already shared it with someone), understand about the eggs, and absolutely loved your book The Prize. I didn't know about Nondisclosure so I'm heading off to look at that now.
Latest Review: Winds of Fall by Alberto Mercado
Top
Post Reply
3 posts • Page 1 of 1