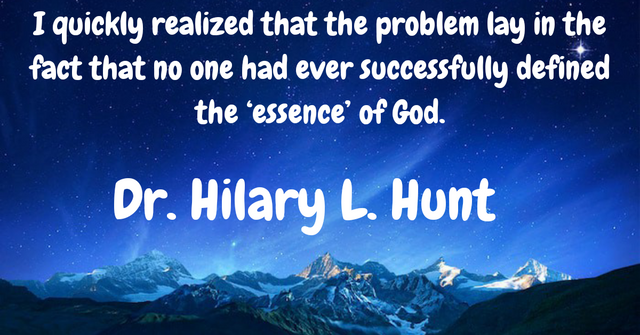 Today's Chat with Sarah features Dr. Hilary L. Hunt author of Wilderness Cry, which will be book of the month in December of 2020.

1. Who or what inspired you to write a book?

I was inspired to write this book by two considerations. The first was the perpetual dismay and consternation I experienced with Religion. It began when I was seven years old---intensified at age twelve---reached a crescendo by age twenty five to thirty. I realized that the God about whom I had been taught didn’t fit the picture presented to me. I quickly realized that the problem lay in the fact that no one had ever successfully defined the ‘essence’ of God. Therefore, without an essential definition, God was a myth. After sixty five to seventy years of wondering, studying, reasoning and pondering, I, luckily, took a course in Quantum Mechanics (particle physics). The understanding I obtained from that course made God’s essence obvious---God is a Perfect Rational Being. I had to tell the world. All previous concepts of a Higher Power are absolutely fictitious and based on the humanistic ideas and imagination of the people who designed them.

2. What's the hardest part of authoring a book?

The hardest part of writing the book was knowing where to quit---everything the world has been told and taught about God and religion is a complete myth and a hoax. So I had to write a second book, Peace in Spirituality, as a sort of sequel to Wilderness Cry.

3. Let's talk about your book Wilderness Cry. What made you decide to write on God, the Bible, and other such spiritual topics?

I knew that everything in Wilderness Cry was a ‘slap in the face’ to all so-called religious people. Moreover, it was a clear indictment of all religions and their leaders. After intensive and extensive study of the ‘history’ of the Bible, I soon discovered that it, also, for the most part, was a complete hoax. It had been rewritten and altered so many times as to be incalculable---all to suit the whims of the particular writer(s). I recognized the eternal psychological damage done to people by shrouding them in a perpetual ‘blanket of guilt’. That guilt has accounted for most of the emotional illness in the world. I recognized that the competition among religions and various religious sects has caused virtually all the conflicts in the universe since recorded history---it’s all about power, control and money. The world today is in total chaos and turmoil, all because of religion. It has always been that way---a lot more dangerous now with weapons of mass destruction. I could ‘write a book’ right here on that subject---hope I’ve said enough.

4. What makes you qualified to examine these issues?

My qualifications come from many sources and angles beginning with my terror stricken state of fear of hell thrown at me at age seven, heightened by my realization that God’s mind could not be changed at age twelve, gouged into studiousness to learn everything (I was valedictorian of my high school class), my eager approach to higher learning especially in philosophy, science, history and literature, my exposure to so much understanding by becoming a physician (eventually a highly trained orthopedic surgeon), but more importantly, my intense interest in psychiatry and especially psychoanalytic psychotherapy (I was fortunate to have a year’s free personal experience which gave me insights into the human psyche and its development that the average person is clueless about), followed by years of intense reading and studying to finally uncovering the imponderable mystery of God’s essence---no one before nor since me has irrefutably defined God’s essence. That definition eliminates all mysteries---it exposes all religions as hoaxes, but, more importantly, it gives a ‘rock solid’ foundation for understanding God’s Perfection as seen through his perfect creation and exemplified by his Perfect Love. It easily graphically explains the Trinity. It easily shows the myth of ‘astrology’ and the ‘virgin birth’. It shows that Jesus was a ‘human genius who saw exactly what I see except he didn’t know any science or mathematics. He recognized, however, that the Spirit of God (God’s Will, The Holy Spirit) resided in everything in existence; otherwise, it couldn’t be. He recognized the universal ‘evil’ of selfishness and determined that since he was the only one to see that fact, he was the chosen one who was to tell the world about God’s love---he was the Christ (the light of the world). He knew he would be killed but he tried desperately to inculcate his illiterate followers---it’s doubtful if he succeeded. We’ll never know because those who wrote and rewrote and rewrote his words incessantly, seemingly, didn’t understand him or didn’t want to understand him. Consequently, religion continued, patterned exactly after Judaism, thanks to Emperor Constantine---a religion with hierarchy who ‘lord it’ over their subjects, fleeced them of their hard earned money, whilst themselves living ‘high on the hog’---a mockery of God and Jesus.

I was raised in a strict Roman Catholic environment. Therefore, my first dispute and/or quandary was with Catholicism. However as I matured, observed, studied, researched, and my scope of understanding widened, I soon learned that the three Abrahamic religions were the real culprits. Hinduism and Buddhism in their various forms were more contemplative---they seemed to be forever trying to understand their Supreme Being---they also failed. So, my book is, strictly speaking, not a Christian book per se. It is book about the essence of God (Supreme Being), the implications of that essence, the irrationality of religions in general. With that in mind, my intended audience is every human being on the face of this earth. If there is God, which no one can prove nor disprove, and if we are to ever have peace on this earth, it is absolutely imperative that we all become likeminded about the basic understanding of that God’s essence.

6. The reviewer discusses the many difficult topics in the book - marriage, free will, the legal system. Which was the toughest to write?

I can honestly tell you that once I was able to define God’s essence, nothing was tough to write about---every consideration flowed off my keyboard like water from an overturned glass---they literally flowed seamlessly. And I will admit, the sub-subjects to be considered are endless, but their elucidations are without hesitation. I have written some 230 blog posts on WordPress over the last two years or so, and all are about specific considerations related to God, religion, and the answers found in my books. My only limitation to writing is time---I am involved in so many time-consuming activities.

7. How much research was involved in writing and compiling the book?

In a strict literal sense, seventy five years. It never ceased from the day of my ‘first communion’ in May, 1940.

8. With the racial division in the US and the Coronavirus, the world isn't an easy place to live in. What's your take on those subjects?

Just as I have pointed out, religion is rearing its ugly head again. If we can believe the ‘news reports’, and at this point in time, it seems likely we can regarding communist China, what we see is more of the same. In this case it’s an ‘ideology’ which is basically a ‘religion without a God’, attempting to control the world. In Iran, radical Islam is attempting the same. In the United States, we are currently in the throes of an ideological war generated under the pretense of ‘racism’. Slavery of one human being to another is atrocious. Guess what---the Bible is full of it---seemingly, all of the Arabic people are products of a white slave owner copulating with his brown slave girl---Abraham gave us Ishmael and Isaac gave us Esau. Now, with this turmoil going on, where are the ‘voices of guidance’? They suddenly became mute---religion is a hoax because it feigns ‘appeasement’ of a Perfect God. Just as Jesus reportedly told them to their faces, most religious leaders are scandalous hypocrites. As for the Covid-19, science will conquer it. Many will die and it will be politicized to the hilt, but in the end there will be immune survivors. In the meantime, you’d better ‘lay low’. ---my take.

9. What comes next for you?

As I mentioned before, Covenant books released my sequel to Wilderness Cry, Peace in Spirituality, last September. In the meantime, I have written and self-published a third book, Growing up in Fancy Farm, Kentucky. It is available only through me. I wrote it in response to literally hundreds of insistences. After my parents and three older brothers died, suddenly I had hundreds of questions but absolutely no possibility of answers. With that in mind, I decided to write. It was, relatively speaking, a ‘smash hit’---I sold a thousand copies locally and nationwide in about six months. Mind you, Fancy Farm, Ky. is a 'curve in the road' with a community population of about 900---lots of people live away from FF. So, I was mailing books daily to the four corners of good ole USA. I’ve described that book as historical but not a history book, educational but not a textbook, nostalgic, and very humorous in places. If you care, go to the web and look up Fancy Farm, Kentucky. Likely, it is the most famous little place in the world. Almost every building there is in the registry of Historic Places. It is in the Guinness Book of Records as having the largest, longest, ongoing Bar-B-Q picnic in the world---139 years. It also, marks the official political kick-off in the state of KY, the first Saturday in August. By the way, my mother, Anna Vetra Courtney Hunt, is the ‘official historian’ of Fancy Farm. She was commissioned in 1935 to write that history. While living in a three-room shack with no electricity or convenience of any kind and while raising six boys, she completed it in eight years in 1943. It was published in 1945 as part of a 3500, page, 4 Volume set, A Sesquicentennial History of Kentucky by Wallis et. al. I am seriously considering arranging my blogs into some logical sequence and publishing them under the title of Provocative Catholic. This title was suggested by my good friend and staunch supporter, former KY Supreme Court Justice, J. W. “Bill” Graves.

It comes from a poem written by John Greenleaf Whittier in about 1875, titled Maude Muller. The quote is near the end of the poem and is---“Of all sad words of tongue or pen, the saddest of these, ‘it might have been’”.

11. Would you rather have sunburn or frostbite?

12. What's the first thing you'd do with unlimited money and time?

With unlimited time, I’d garden more and write more. With unlimited money, I’d fund to the hilt an educational system which emphasizes the teaching of ‘Logic’ which teaches us how to think, and Psychology, which teaches us what we’re allowed to think.
Good books, like good friends, are few and chosen; the more select, the more enjoyable.
-Louisa May Alcott
Latest Review: When North Becomes South by Becky Bronson
Top
Post Reply
1 post • Page 1 of 1