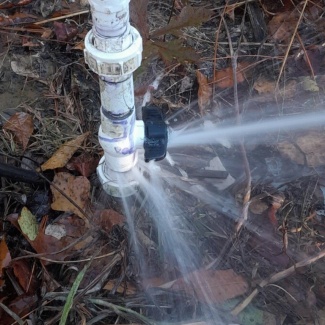 3 out of 4 stars Share This Review
Solaris Seethes by Janet McNulty is a science fiction space adventure that grabbed my attention and kept it. This is a story about technology, different universes, and the need to have others help you. Solaris and Rynah, along with a few others, race against time trying to stop the destruction of the universe by someone bent on power. The heroics of the team, and the comradery that is formed, while trying to help stop said destruction, is frustrating and exciting. Their relationships, both new and old, are an inherent part of the story. Learning who they really are, and what they are willing to do for strangers, creates a charged atmosphere. Unfortunately, not all can be rosy when building new relationships. I enjoyed how quickly everyone jumped into the fray. I felt the characters were likable, have room to grow, and have backstories that will read well in future books. The series has room to expand, as well as fulfill a greater plot. Even though the characters had annoying traits and personal issues, I feel like a book should get your blood pumping and bring your emotions into the storyline. I believe Rynah has some exploration coming. Her backstory has too many parentheses and side steps to be fully committed. Some details about the relationship she has with her now nemesis would have been appreciated, but that is where the series might fill the gaps. I greatly appreciated the twist at the end that has me wondering who was that? Why did they do it? Where are they going with it? Is it friend or foe? Or both?

Space travel has not really been a part of my reading genre. With that being said, I enjoyed the book. Since the author started to write a short story, she didn’t develop the characters beyond the superficial. With the series continuation, I think Ms. McNulty will have more time to develop the whole plot/storyline/character issue. I hope she addresses the characters and fleshes out the plot more.

I give Solaris Seethes by Jane McNulty 3 out of 4 stars. The reason I took a star is that the lack of a tight character build, the rushed plot, and the relationship stories were not accounted for. I would have appreciated getting to know the characters before they entered a voluntary/involuntary quest to save the planet. I really do LOVE Solaris’s attitude though.

I would have enjoyed a more complete background on Solaris, Rynah, and the other cast of characters. I felt as if I had dropped into the middle of the story. The plot was rushed, and the characters were underdeveloped.

Young adults will like the storyline, and since there is no sex, only a general reference to it, no religion is mentioned, and no vulgar language is used, I believe it can be enjoyed by many age groups. I appreciate the way the author comes up with cursing without cursing. For a quick read that passed some downtime, I appreciated the general theme and not having to think too hard to keep up with the characters, story, and plot. If you are looking for a quick read that will leave you wanting to read the next in the series, then this book is for you.